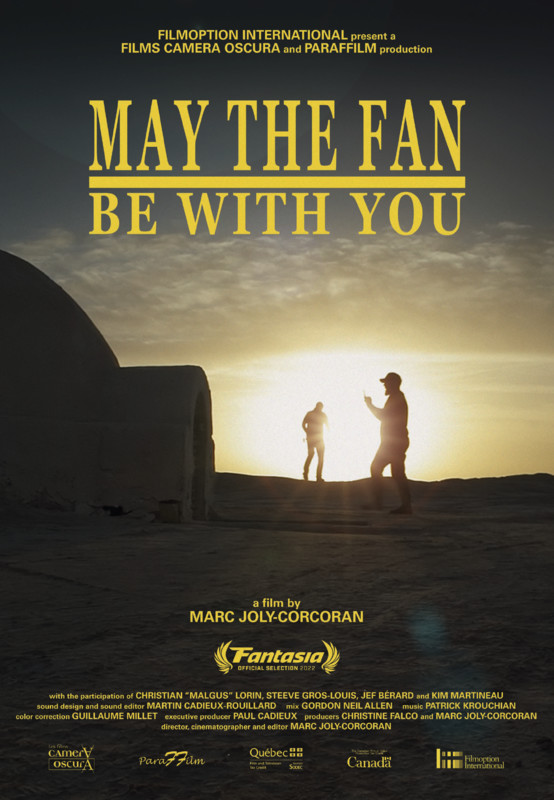 May the Fan be with You

This documentary follows Malgus, a Gen X Star Wars fan, collector and cosplayer in the 501st Legion. Around him gravitate other fans, such as the couple Jef and Kim, well known in the Star Wars fandom in Quebec, as well as Steeve, Huron-Wendat businessman, owner of the Sagamité restaurants and a toy store devoted to Star Wars. Malgus is elected Commanding Officer of the Quebec garrison of the 501st, but he will begin to doubt the group, and will seek more and more to live his passion alone. We witness the evolution of their passion and how it transforms them. Thus, we follow them in their daily life in order to understand why Star Wars gives them so much gratification. This documentary is the first of its kind on the phenomenon: it distinguishes itself first of all by its cinema-vérité style, and takes a look at the generation X present during the first theatrical releases of the trilogy.