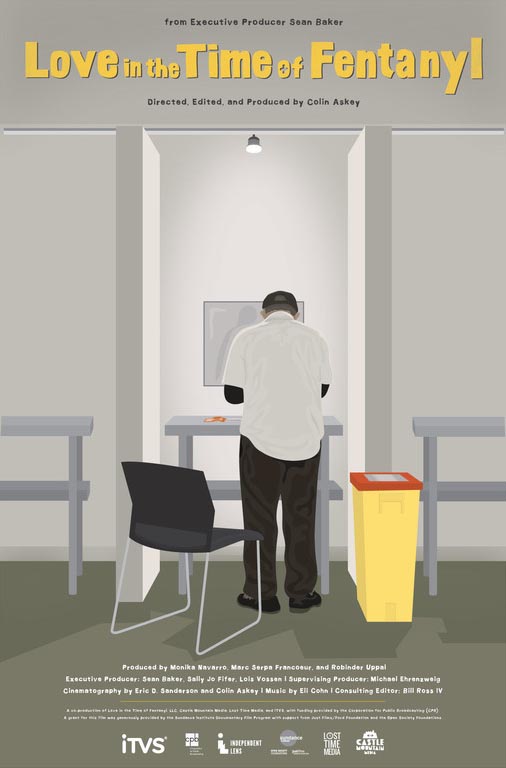 Love in the Time of Fentanyl

Set in Vancouver’s Downtown Eastside, LOVE IN THE TIME OF FENTANYL is an intimate, observational look beyond the stigma of injection drug users, revealing the courage of those facing terrible tragedy in a neighbourhood often referred to as ground zero of the overdose crisis in Canada. As the number of overdose deaths reaches an all time high, the Overdose Prevention Society (OPS) opens its doors — a renegade safe injection site that employs primarily current or former drug users, its staff and volunteers save lives and give hope to a deeply marginalized community as the overdose crisis rages. The film follows Sarah, an activist who opened OPS without government approval, as she strives to raise awareness about the crisis; Trey, a graffiti artist and former heroin user who spends his days reversing overdoses and memorializing lost community members; Ronnie, a seasoned frontline worker nicknamed Narcan Jesus, struggling with burnout from the demanding work and witnessing so much loss; Norma, a much-loved Indigenous elder in the community, who cooks meals for the staff when she’s not administering naloxone; and Dana, an active fentanyl user who constantly saves lives at work while struggling with his own drug use. With loved ones dying in unprecedented numbers, the staff at OPS does whatever it takes to keep the doors open and find radical new ways out of the devastating but widely ignored crisis ravaging their community.